“Thank you, AGTrust and CMN! The support of the AGTrust Matching Funds gave me, as pastor and church planter, the confidence that Abby and I were going to be able to start Motion Church, do it well, and be in a financially healthy position. The Church Multiplication Network training and the team were incredibly helpful and insightful. They provided answers to questions I didn't even know I had yet.”

Pastors Nolan and Abby McLaughlin and the congregation at Motion Church in San Antonio celebrated the church’s third anniversary in September 2022.

“Honestly, I feel like this year has been our launch year again,” Pastor Nolan says. “We're seeing new faces every week. Many people are taking their first step in their relationship with God and next steps to grow in their faith. We've seen families strengthened and people finding their purpose. It's incredible how God is moving in each individual life.

“Our attendance was at least 50 percent higher in summer 2022 than in January-March. Easter Sunday attendance was 201, and we are currently averaging 90-100.” 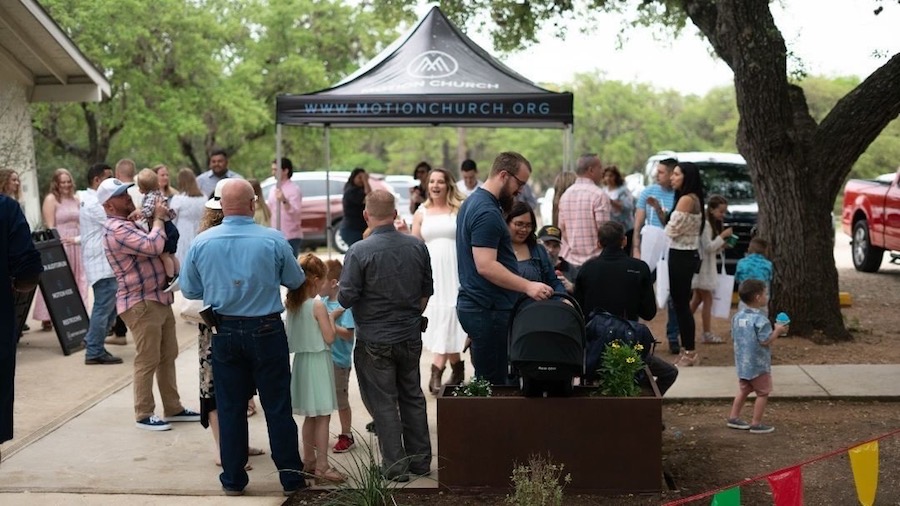 Prior to planting Motion Church, Nolan and Abby had been on staff at several churches in student pastor roles. When they began considering transition to a different ministry role, Nolan says, “I knew church planting was something God had for our family in the future, but the when in that process can sometimes be hard to pin down.

“Our families are from South Texas and Oklahoma, and we wanted to get back closer to home, but what ministry role would I transition to? That was the question.”

While praying for direction, Nolan and Abby attended a CMN training conference. After speaking to several church planters at the conference, they knew it was time for them to begin the church planting process.

They felt God directing them to San Antonio. They had lived in the city before, loved the culture and people, and had lifelong friends there.

In 2018, they moved and began the church planting process. Before Motion’s official launch, the church met in a few places, moving the location each time they grew: from Nolan and Abby’s apartment to one of the launch team member's houses, to a larger space at the University of Texas at San Antonio owned by the Chi Alpha college ministry.

In September 2019 the McLaughlins and their team launched Motion Church in a rented space in a movie theater with 155 people in attendance. Five months later they moved to a permanent location.

“Because the new launch site was 15 minutes away in a different community, it was somewhat like launching again,” Pastor Nolan says. “Then three weeks later, the COVID-19 pandemic hit and shut us down.

“But looking back today, God has been incredibly faithful. The theater we had left was closed and never reopened. Had we not moved, we would have been without a meeting place.” 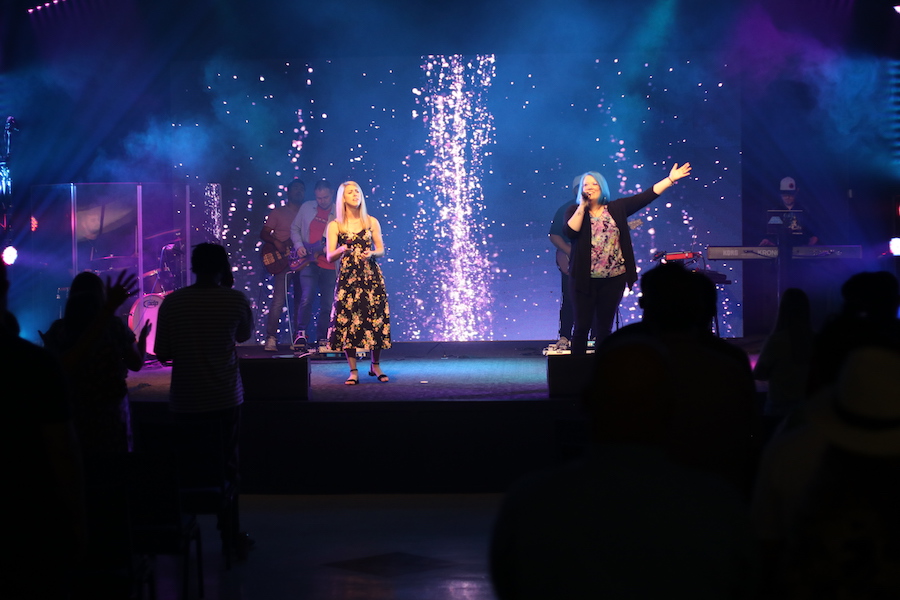 In addition to ministries for kids, youth, young adults and adult life groups, Motion Church is actively ministering to their community and beyond. During the Christmas season in 2021, the church provided a complete Christmas meal to 75 families (who did not attend the church).

When the school shooting took place in Uvalde, Texas, 45 minutes from San Antonio, Motion Church partnered with the school district, city manager’s office, and an organization called Wondherful from Parkland, Florida, to provide 600 grief boxes to individuals suffering from the tragic loss of children and teachers. During the outreach, Pastor Nolan and Motion’s members had opportunities to talk to people, pray with them, and give them this tangible gift.

Pastors Nolan and Abby had witnessed this kind of tragic event before. They were on staff at a church in Florida near the Marjory Stoneman Douglas High School in Parkland, where the 2018 school shooting took place, and their church helped minister to families suffering from that heartbreaking loss. 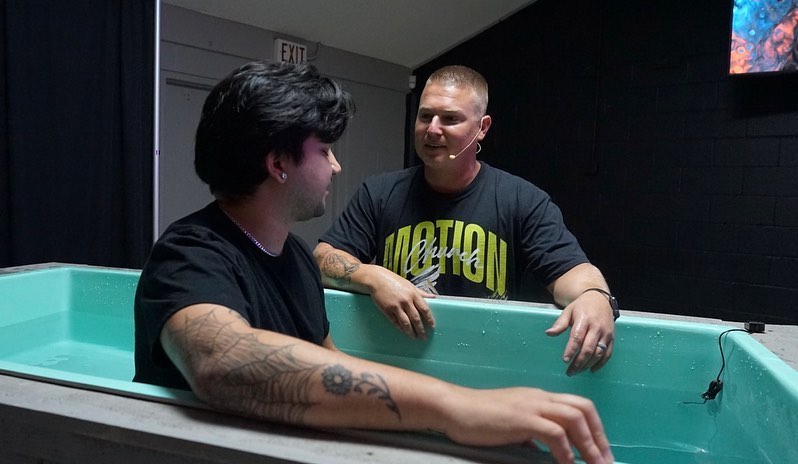 Many new people at Motion Church are taking the next step in growing their faith in God.

Nolan and Abby’s vision for Motion Church is a place where people of every religious background, race, gender, and socioeconomic status can show up and feel not only welcomed, but also at home. Their prayer is that through a creative ministry approach, loving relationships, and the tearing down of traditional norms, the congregation at Motion Church will experience and be part of a special movement of God in San Antonio.

Pastor Nolan is a graduate of Southwestern Assemblies of God University in Waxahachie, Texas.

Motion Church in San Antonio, Texas, is one of 678 new church plants that have been funded with the help of AGTrust Matching Funds, making  it possible for a new church to quickly get established and begin winning people to Christ.

YOUR GIFT TODAY to AGTrust will help us continue our mission:
To establish a healthy church marked by spiritual and numerical
growth in every community across America.